Born a vryloka, Stelian, from a very young age, learned quickly to bluff his way out of most situations and to conceal the fact he was a pseudo-vampiric humanoid. Raised among bands of nomadic assassin’s disguised as entertainers, Stelian killed his first man at about the age of 12 and was curiously good at it. The deaths never seemed to bother the boy. In his mind, people would all die eventually and be forever in the embrace of the Raven Queen. Though his philosophy seemed stark and dire to those who did not know him, Stelian actually had a firm sense of what was right or wrong, agreeing only to kill those he felt “earned” their spots in the afterlife early. Stelian believed that all his killings had a purpose and served to create a better cycle of life and death for the world.

With his very self assured and confident posture, though seemingly lost in thought and brooding when he is alone, Stelian is very shy among strangers, but prefers the company of good friends and is quick to trust those who show him kindness. He is very boisterous among friends and allies, reserved and almost silent when alone, and always sarcastic. Stelian is quick to anger, particularly when betrayed or a friend is betrayed, taking such matters personally. The Vryloka has no real love for law and order, feeling the only true law is the inevitability of death for his goddess the Raven Queen. He serves her faithfully but not zealously, and is very passionate about his mission to become so powerful in the ways of assassination that he transcends death itself, not to escape it, but to prove to the Raven Queen he is worthy and serve forever in her pantheon.

“We all feel her embrace eventually. Tell me friend, when would you prefer to receive your’s?” -Stelian to a group marauding cutthroats. 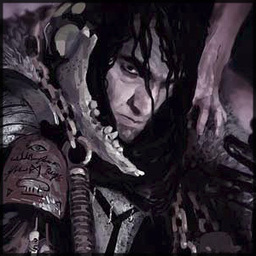