"You can plug your ears, but you can't keep me out of your head!" As with many a story, it starts with a humble beginning. A poor family of wandering minstrels enters the scene. They are family of Changelings. Mistrusted and shunned as potential assassins and spies, they assume the shape of humans, and make it their own. This allows them to entertain where it may be profitable. Their talents will eventually be recognized when one bears a child of unusual promise. This boy has the ability of the Psions. First, he amazed with simple card tricks where all he needed was to read the unwitting participant’s mind for the answer. He mastered the art of song and utilized his ability to augment his singing. By creating imprinting the sound of instruments in his watcher’s minds while he would sing, the effect of Bardic singing would be multiplied by the wonder of the mystery. He became known as Jinroy, the Mindsinger, and his minstrel party would entertain the finest halls and courts from sea to sea!

Jinroy became accustomed to the life at court. He became so accustomed as to have rivalries in the court. The Mindsinger had great pride and held on to his honor as an entertainer. When it was suggested that as an entertainer he was less worthy than a prostitute to be in court, Jinroy uttered a challenge so cutting that later it was said he drew the first blood before his sword left the scabbard. His victory initiated him into the dangerous and often deadly sport of dueling. He learned eagerly and soon became renowned not only for the flourish of his song but that of his rapier as well.

Jinroy the Mindsinger soon blended the two and his rapier sang with his voice from the fencing chambers to the battlefield. His song trumpeted victory and inspired the troops forward with zeal! All the same it tolled gloom and confusion for the enemy, and they scattered or were destroyed. Those who faced the Mindsinger personally found they lost their minds before their lives.

And so the humble bard became a noble and earned himself an estate. It was small, but satisfied the needs of Jinroy and his family. They settled down, and while Jinroy would still entertain at court, his family could live as the Changelings they were born as. While battle brought him to this position, it spoiled his stomach for fighting. He became as famed for brokering peace among parties as he was for battlefield prowess. It is here the story would end if it weren’t for fate calling those who were needed.

The Mindsinger expanded his studies as his thirst for bardic inspiration grew. When the world was silent apart from the turning of a tome’s pages, Music whispered to him, and he heeded its call. The Song of Heroes! Its haunting strains drifted through the halls and out down the road. This Song of Songs tugs at the heart of true Heroes everywhere and stirs them to awaken. Jinroy knew his purpose to be the instrument of the Song. Setting his affairs in order, Jinroy the Mindsinger left to fulfill his destiny.

His journey took him far across the wide World, and beyond it. He passed through the Fey, and into the Astral Sea. As he wanders the tumultuous plane he strengthens his psionic ability and leverages his natural changeling abilities to avoid being noticed. This allows him to pass through many realms relatively freely. Any situation he encounters often is dealt with words. Constantly he follows the refrain of the Song in order to find those who will inspire the words that will call mortal heroes forth to preserve Creation from those who seek to destroy it. 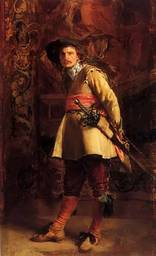