Chigaru carries with him a sword made by the Dwarven masterTeldorthan Ironhew. It is a great sword fashioned from Chigaru’s memory, it carries no magical powers, but is a symbol of his undying devotion to all that is good in this world. There is an inscription running down the blade “The virtue of hope exists only in earthquake and eclipse.”

Chigaru wears Sylvan armor given to him by Antoban Heroldi, it is elf made and is little more than cloth armor. Chigaru’s main defense is faith, he is protected by the Gods who sent him to this world, they see to it that little harm comes to him.

Chigaru was brought into this world after the Dawn Wars. He was sent to Shady Vale to bring peace and to further the peoples religious understanding. For hundreds of years he served and led this Convent, furthering his knowledge of the world and the way things are therein. His body was broken in a dispute with a young ambitious and cunning Goliath named Ironfist who sought that peaceful country for his own. Chigaru was reborn in the wild…unworthy of another Holy Birth. He put forth all efforts to return to Shady Vale and kill Ironfist. On his blood-march Chigaru’s wrath built, on this march something snapped, he had changed. When he reached Shady Vale, it was in ruin. The once great South Road was little more than a dirt path now, the village was in disarray, the once bustling town seemed dead. The anger rose inside Chigaru, with a roar loud enough to challenge the Gods themselves he called out Ironfist. The fight was short, Ironfist stood no chance against the wrath that was set upon him. Chigaru tore the corpse to pieces hacking and flesh until there was bone and blood. Horrified at what he had become, the villagers, who were once his friends and pupils, cast him out. Chigaru wandered the world that used to be so full of life…alone. For days he walked, days turned to months, months turned to years, years turned into lifetimes. Until he was reborn in a familiar place, except all life had gone from it, wandering the streets he came to the Church, upon entering he sees a solitary man in the front pew, praying. When Chigaru got close enough he saw this man was gravely injured and beyond medical help. The man saw Chigaru and wept, he had been praying to the Gods that the Teacher would return, and so he had. The man explained that the village had been set upon in the night by demons who took all souls save his away, all the man heard was screaming fading into the distance. The man had hoped that Chigaru would return so that Shady Vale could be at peace. And now that Chigaru had returned…the man looked up into Chigaru’s eyes and smiled, and with that passed into the eternal slumber. Chigaru buried the man, and with that vowed to set his life into avenging this place of knowledge, of light…his home.
Chigaru the priest was no more. From this point on he is Chigaru the Avenger. Setting forth from that place he struck North for 4 days, and on the 5th day found himself caught in a raging storm. While seeking shelter he came across two people. A Tiefling, and a Human. Chigaru felt a touch of destiny around him and his new companions…what they will do in the months to come will shake the foundations of the earth and put the cosmos into motion. 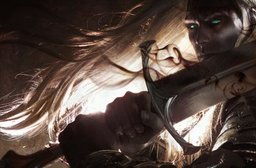