Baurus hails from the Dwarven city of Minora just south of the Misty Kingdom. He is a friend of Chigaru and came at his initial request, though he stayed with the party long after Chigaru’s death. In his early life Baurus was the son of a rich family of artifact collectors and craftsmen in the city of Minora. However an item of great importance to the dwarven city that also served as a family heirloom to Baurus’ family was stolen and assumed to be lost. Now shamed in his community his father was ostracized until his death. Upon that day Baurus took up the mantle of a treasure hunter and swore on the grave of his father that he would return to the city one day with his family’s axe and return them to their former glory. 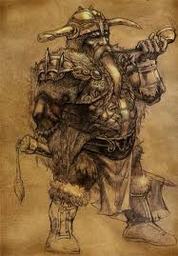